Bike on the Skinny Bridge during a snow storm

Top 10 winter things to do in Amsterdam

Winter has started with a thick layer of snow covering the Netherlands. This means it’s time for the Christmas market season. There are several Christmas Markets in Amsterdam starting from the 18th of November till the 4th of February.

Go for the ultimate Christmas atmosphere to the Museumplein where you can go ice skating, get hot chocolate, get that one-of-a-kind gift and walk through twinkling lights. Of course, combine visiting the Christmas market on Museum square with a picture of the IAmsterdam Sign and maybe even visit the Rijksmuseum to see the most famous painting of the Netherlands: The Night Watch from Rembrandt.

An oliebol is a variety of dumpling. A fist-size amount of dough is scooped and is deeply fried. An oliebollen is traditionally eaten during the time of New Year’s Eve. On all Christmas markets you will find yourself a mobile stalls selling the Oliebollen delights.

The Amsterdam Light Festival is a winter festival of light, art and water in the historical centre. It runs from the 30th of November 2017 until the 21st of January 2018. This year (2017-2018) 900 submissions were made by designers, architects and artists from 45 different countries. 35 artworks  were chosen and now make up the festival’s installations. One of the art works is ‘thinline’ by world famous Chinese artists and activist Ai Weiwei.

There are two ways to discover the Amsterdam Light Festival: by foot (or bike) on land or by boat on the water. Of course, going by boat is the true Amsterdam Experience.

The best ice skating rink can be found in Watergraafsmeer, a neighbourhood in the east of Amsterdam. The rink is named after the famous Dutch ice skater Jaap Eden. The rink contains a 400-metre lane and is open till the 25th of March 2018.

For a romantic ice skating experience you can visit the ice rink at the Museum square, just in front of the IAmsterdam Sign. You’ll be surrounded with christmas stalls and twinkling lights. The Ice Rink is open till the 4th of February.

Ice skating on Museumsquare in Amsterdam during winter time

New Year’s Eve is the best in the Netherlands when you like fireworks. Streetparties can be found everywhere and are concentrated at Nieuwmarkt, Leidseplein and Rembrandtplein. Most parties start around 21.30h and will continue till the early morning.

Fireworks can be seen throughout the city, but best from high up to have a good view. The Dutch are once a year allowed to light their own fireworks. On the 31st of December from 6 PM till the 1st of January 2 AM this is allowed. Around 70 million euros is spend on fireworks.

The municipality of Amsterdam is organising a firework show on the ‘Kop of Java’. The show is free and can best be seen from the Veemkade.

Each year the municipality of Amsterdam lights a Christmas tree on the most famous square of the city: Dam Square. The 20ish meter high evergreen conifer is lighted with 40.000 LED lights. Every year people gather around the tree during the ‘Turn on the Lights’ event. Dam square is especially romantic because of the warehouse ‘Bijenkorf’ which is also lighted with a lot of Christmas lights.

Pathé Tuschinski is situated right next to Rembrandtplein in the city centre and is arguably Amsterdam’s, and maybe even the world’s, most stunning movie theatre. When going there make sure you movie will be displayed in the main hall. The other movie halls aren’t that impressive. The interior and exterior of the 1921 founded cinema are a spectacular mix of styles.

Another local option is going to a boutique cinema called ‘The Movies‘. The movies is located on the Haarlemmerdijk. This famous but local street is house to speciality stores, little salons, trendy, affordable restaurants & bars and the oldest cinema: ‘The movies’. Certainly worth a visit!

The Movies, boutique cinema on the Haarlemmerdijk

During winter time in Amsterdam it can rain, snow, hail or feel like it’s -10 degrees Celcius. The average high temperature in the month of December is just 6°C (42° F). Going to a museum is a good way to warm up and be ready for the next few hours of discovering the city.

When visiting the Anne Frank House make sure to purchase your tickets online and a few days or weeks beforehand. The museum only has online tickets untill mid-January.

Another nice museum to go to is Ons’ Lieve Heer op Solder (Our Lord in the Attic). It is located in a 17th-century canal house on the red light district. The Catholic Church was built on the top three floors in 1660. It is an example of a hidden church in which Catholics and other religious dissenters from the 17th-century Dutch Reformed Church, unable to worship in public, held services. The church has been a museum since 28 April 1888, and has around 85,000 annual visitors.

9. Go to a place with a fireplace

A fireplace makes it ‘gezellig’. Gezellig is the Dutch word for cosy, intimate, sociable or homey. Their is no literal translation for the word. It’s a feeling you have when the atmosphere is good. Warm up around a fireplace when you’ve been outside for (too) long and have some delicious winter drinks, cocktails or have a Dutch Delight like hutspot.

The internationally renowned World Christmas Circus returns to Amsterdam’s Royal Theatre Carré from 21 December 2017 to 7 January 2018. The Theatre is right next to the Amstel River and close to the most famous bridge: ‘The Skinny Bridge’. Tickets start from 30 euro and the show is true value for money. This year the most visited circus of the Netherlands will focus on both classical and modern clowns, including the world-renowned Parisian star Housch-ma-Housch. This is a circus not to be missed.

Optimise your few hours in Amsterdam

Having only a few hours in Amsterdam? Try to see as much as possible. We at LocalLayover.com know the city by heart, we know what to do in Amsterdam. Don’t waste your precious time in this beautiful and exciting city. Travel through the city together with a local guide and get to know hidden gems and all the ins-and outs of the city. See Amsterdam through the eyes of a local.

Do this! It's worth every cent and then some. During my layover I wanted to see Amsterdam, but I felt intimidated trying to navigate a new place in... read more such a short time. At almost the last minute, I contacted PJ and he got back right...More 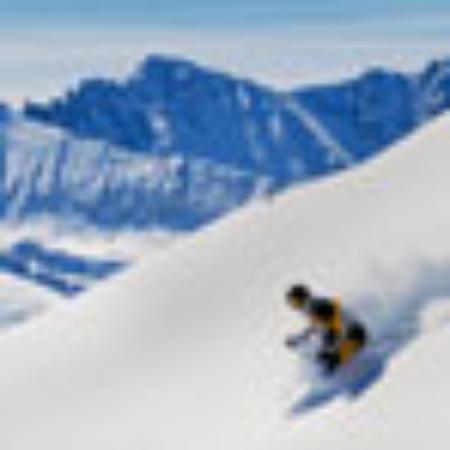 I cannot say enough good things about LocalLayover! My girlfriend and I had booked a week long trip to see Amsterdam and we were referred by some friends to... read more check out LocalLayover run by PJ and Juliette. This ended up being the trip of a...More